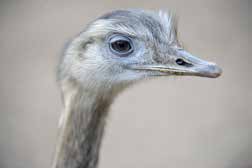 Hey Kids Here are some fun facts for you!

It is impossible for most people to lick their own elbow. (try it!)

A crocodile cannot stick its tongue out.

A prawns’ heart is in its head.

It is physically impossible for pigs to look up into the sky.

The “sixth sick sheik’s sixth sheep’s sick” is believed to be the toughest tongue twister in the English language.

If you sneeze too hard, you could fracture a rib.

Wearing headphones for just an hour could increase the bacteria in your ear by 700 times.

In the course of an average lifetime, while sleeping you might eat around 70 assorted insects and 10 spiders, or more.

The average person’s left hand does 56% of the typing (when using the proper position of the hands on the keyboard; Hunting and pecking doesn’t count!).

A shark is the only known fish that can blink with both eyes.

The longest one-syllable words in the English language are “scraunched” a n d “strengthed.” “Screeched” and “strengths” are two other long onesyllable words, but they only have 9 letters.

“Dreamt” is the only English word that ends in the letters “mt”.

Almonds are a member of the peach family.

There are only four words in the English language which end in “dous”: tremendous, horrendous, stupendous, and hazardous.

An ostrich’s eye is bigger than its brain.

In many advertisements, the time displayed on a watch is 10:10.

The giant squid has the largest eyes in the world.

“Stewardesses” is the longest word that is typed with only the left hand.

One of the ingredients needed to make dynamite is peanuts.

Sea Lions have rhythm. They are the only animal known to be able to clap in beat.

Are you terrified that a duck is watching you? Some people are. That is Anatidaephobia.

Goats have rectangular pupils in their eyes.

If a Donkey and a Zebra have a baby, it is called a Zonkey.

Llanfairpwllgwyngyllgogerychwyr nd-robwyll llantysiliogogogoch is the hardest name of a town to pronounce – you can visit it in Wales.

A tsunami can travel as fast as a jet plane.

Cows can walk up stairs, but not down them.

Apples float because they are a quarter air!

One million Earths could fit inside the sun.