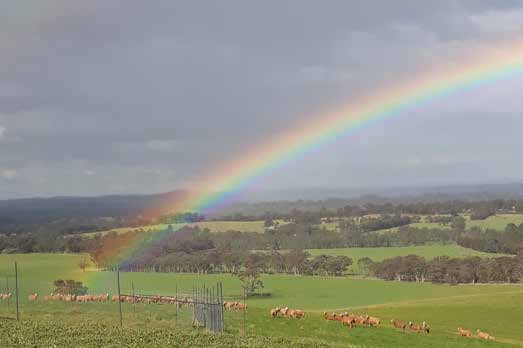 Writing about Aboriginal history is fraught, for many reasons. Not least of these is the fact that much of this history has been passed down in an oral tradition, while academic historians generally rely on documented material to verify facts and tell their stories. It is much harder to access information from oral sources, especially where the impact of colonisation has fragmented this information and there are few remaining descendants to approach.

However, there is plenty of material still to be found. With any history-related subject, it is incumbent on the author to totally immerse him or herself in the exercise, by reading, watching, listening, visiting, experiencing, experimenting, recording and collecting. By trying to do this with an open mind, new insights and knowledge can be gained. Such is the case when looking at Aboriginal history.

Quite often, this process can begin from a position of ignorance and naivety but can turn into a learning experience. For instance, one could begin by picking easy targets. You could decide that because the local area has a recognised former Aboriginal axe-head quarry, which has been studied quite a lot, you could go and have a look. Recent Waranga Dreaming stories have referred to the quarry on the Mt Camel range, where greenstone was mined for use in axe-heads, spearheads and blades. A well-intentioned (albeit ignorant) visitor might be excused for picking up a few pieces of greenstone to take home to study and experiment with - after all, there is plenty there.

To further one’s interest in the subject, you might go on an excursion to Mt William, near Lancefield. Mt William is renowned as the most famous of several greenstone quarries in Victoria, and stone from there has been traded over vast distances. A Wurundjeri Elder could show you around the Mt William site. They would no doubt make it clear that nothing should ever be removed from the site. Obviously, if every visitor did that, the cultural value of the site would be compromised. Gulp!

No doubt someone who had removed something from such a site would then resolve to return the pieces of stone to where they had been collected. In hindsight, it was a foolish thing to do. Especially by someone who could recall being outraged at a person who had fossicked around at Gallipoli and collected a whole lot of items to take home and make a display. This was pretty much the same thing in a different setting.

The top of the range is a fairly stiff half-hour climb from where the car is parked. Rain still threatens, but the mission is deemed to be important. Halfway into the ascent, the sky clears to a bright azure blue, and a brilliant rainbow appears over the plains to the east of the Mt Camel range. The end of the rainbow is in the middle of Ngurai-illum Wurrung country. It stays that way as the climb is completed. The stones are returned as close as possible to where they had been picked up and a whispered apology made.

On the descent, a mob of kangaroos move fluidly across the range. A bird of prey soars majestically and calls in the distance. At the same time as the car is reached the rain starts to bucket down again. In the safety of the car it is possible to sit quietly and reflect with some awe on what has just happened. There is a strong sense of goodwill for “doing the right thing” - a feeling that the earlier ignorance has been forgiven. And to quote a term that a Yorta Yorta man used at a recent funeral, a feeling of being “embraced”. Some people might even call this a spiritual experience.